The performance The Expression of Defeat accompanies the installation of the same name and brings into motion the two letters of my great grandfather, designed and printed in the manner of German political pamphlets of the interwar period. The performance is conceived to be presented in parallel to an event with a large audience (opening, guided tour, finissage). Its duration and location are not clearly defined, as the performance spreads in the different spaces and throughout the event. Two actors gradually distribute the two leaflets as the visitors arrive and declaim extracts as if they were activists, varying in tone, volume and relation to the audience according to the nature of the passage and the spatial circumstances. Through this simple but radical change in the way of reading a private document, the intimate concerns formulated by the author seem to become public issues and the gathering takes, due to the content of the letters, an inevitably political character, oscillating between a call for revolt and propaganda. 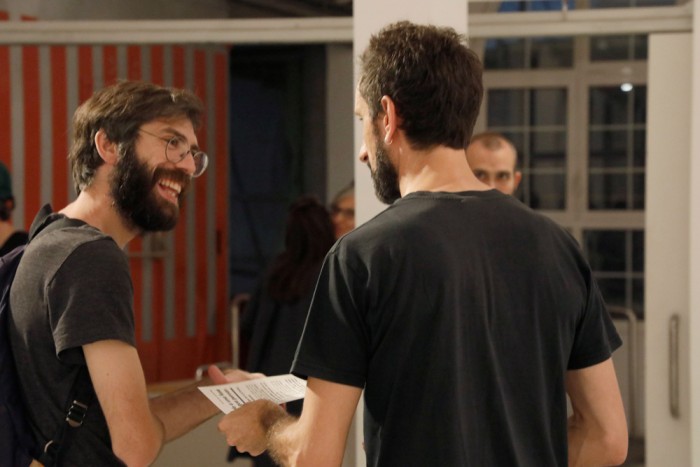 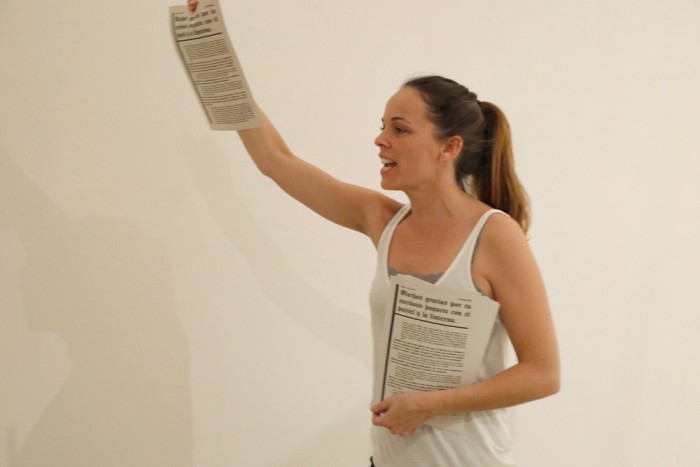 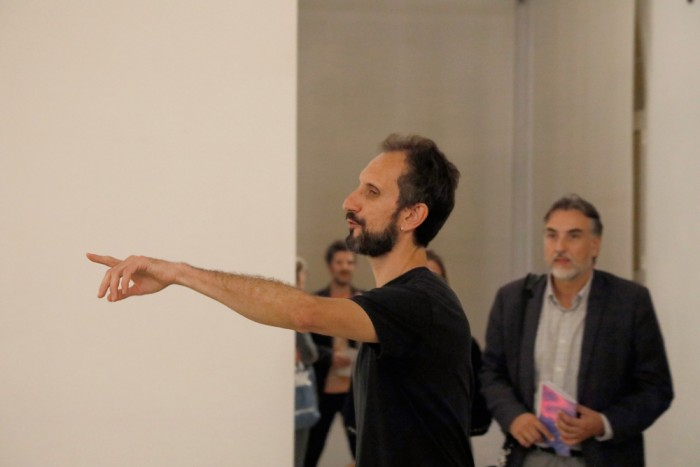 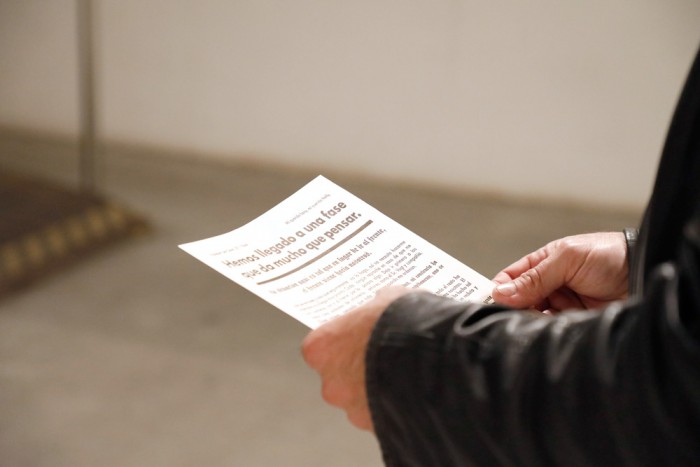 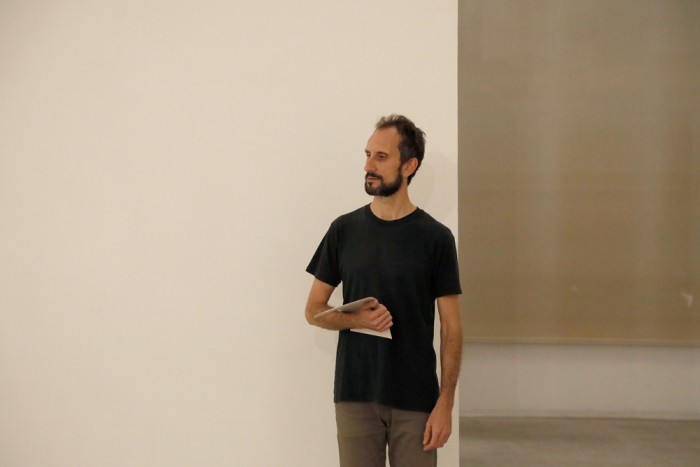 Performed by Marina Fita and Carles Gilabert as part of the group show Limitrofies, coordinated by Javier Peñafiel, Can Felipa, Barcelona (2017). Photos by Ico Mateo.